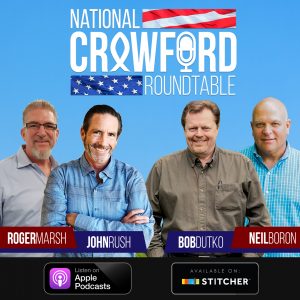 “It’s hard for us, as Christians, to see beyond the bias of the news media and the Left,” says John Rush, host of local radio program Rush to Reason on KLZ 560AM in Denver. “In this roundtable discussion, we want to present the truth, according to what God and the Bible have to say.”

Subscribe to the National Crawford Roundtable on Apple Podcasts or Stitcher, or listen to new episodes every week right here or via CrawfordBroadcasting.com.